32 and Thinking - Where Will Her Hair Go from Here? 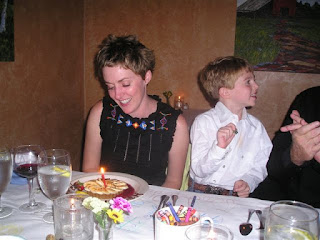 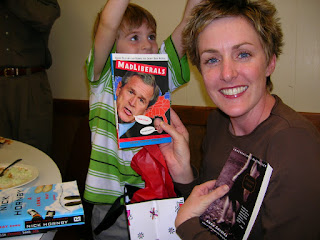 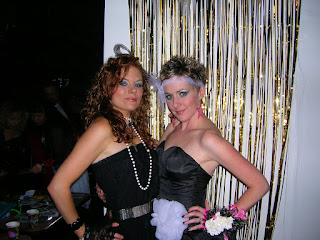 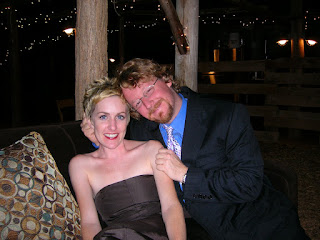 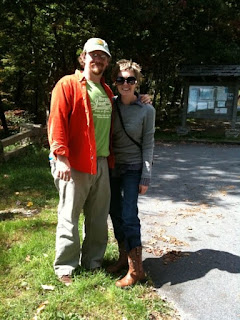 From the top, celebrating birthdays: 28 with little brother; 29 with little bro (and Mad Libs); 30 with little sister at the 80's prom party; 31 with Shuga D at Sandi's wedding; 32 and another wonderful year with Shuga, about to take a hike in the mountains.

A lot's been going on in Candy's Land since my last post. The biggest news being Mom is an official year older, and if growing wiser is indicated by quiet celebrations with good friends and family, then she's getting there. Thanks to a near perfect weekend in the mountains, Mom didn't need and candles on her Cannelloni (courtesy of Mama G's), coconut cream pie (courtesy of Shuga D) or the big brick of fudge (courtesy of her family) that acted as birthday cakes throughout the weekend, as she told Shuga, she had everything she could ever wish for, right there in front of her, three decades and two years in the making.
After the peaceful retreat to the tip of the state, she later celebrated dockside, back home in Macon at the Fish and Pig. Nothing like being born in September that gives plenty of 'R' reason to order the oysters raw. Between hilarious cards, a liquid blue sari and a retro compact mirror that Mom can be reminded with a wink, "Stop Me Before I Volunteer Again," Mom's table of friends once again proved they make another year of life well worth it.
Fast forward through the first week of 32 and the wheels of Mom's mind are turning. Something about seeing "turning 30" growing further in your rear window that makes the reality of the "30-something" hit you like a brick wall (or you hitting the brick wall since you were so busy checking the rear view mirror). So what's pressing Mom's mind lately?
1. Changing her hair: Longer? Darker? Maybe a little bit of both? Rest assured, she has no interest in "the Kate," but she is scouring the mag pages trying to find something that is unique enough to make her own, as her short hair has served her well since her late 20-somethings. And no . . . "calmer" won't make the cut.
2. Writing a Memoir: Could she self-publish? Would people even care? Between starting on the "Cracker Queen" by Lauretta Hannon and recently seeing a surveillance video of an old high school acquaintance robbing a bank (the same bank he robbed and served time for several years before), Mom began to reflect on her own hi jinks, high points, low points and just down right oddities of growing up as the daughter of a Lynyrd Skynyrd music publisher, tripping her way through 14 years of conservative private school, finding her own secret rebellions, ranging from Ross Perot to bank robbers to marriage in suburbia, and one day finally realizing that all of the embarrassing things have been a beautiful thing . . . and a "normal" life will never be what she wants. As her uncle Phil once said, "My life has been Southern Gothic as hell," and Mom thinks a little bit of that may have trickled into her own.
3. The Clock: Two days after her birthday, Mom held the swaddled Sophia Joelle McKinney, who had just been born hours earlier, in her arms and welled with love, tears and the sudden conviction that there will be, one day, a family in her future. It was a horrifying and heart-swelling realization. But while babies have never dominated Mom's brain, something triggered last week with Sophie Jo that left a teeny, tiny tick-tock in the proverbial bio clock. Hello 32!
Posted by Jessica W at 10:44 AM