Mom's Side of the Mountain 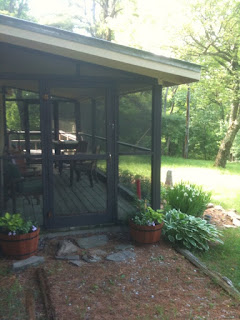 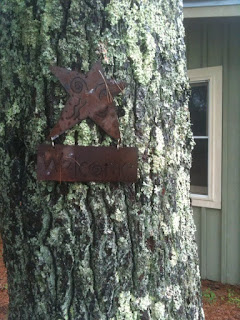 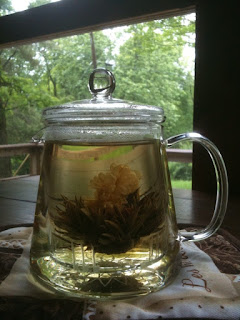 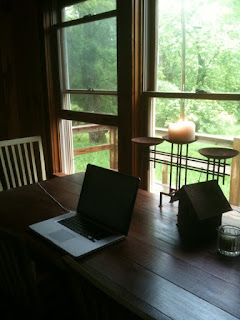 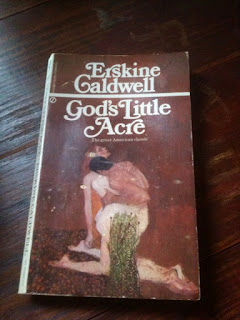 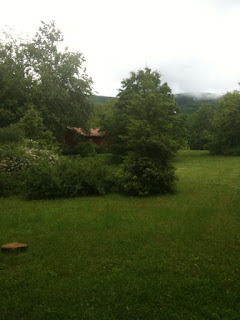 Mom said she was tired of her own excuse that she didn’t have any time. Truth be told, she really hasn’t had any lately. But she always said if you want something done, ask a busy person. So Mom told herself, “If you can’t find time, make time.” And with that, she issued herself a dare.
For her, it was just as bold and daring as those bucket list things in life that require helmets, safety vests and waivers. She would spend a weekend completely alone, in her cousin’s mountain cabin, where there is no cell signal, no internet, no cable or other forms of communication, unless you go looking. She would have no other choice but be enveloped in complete quiet time and choose to spend it reading, writing or just being still.
With Shuga’s support, telling her he was proud of her, Mom left Macon in the rear view mirror for the mountains of North Carolina.
The Mini Cooper loved every turn as she climbed the mountain to where the cabin was nestled, her heart racing with every shrinking cell bar. When she finally caught site of its tin roof and welcoming screen door, all signal was lost. The solo mountain sojourn had officially begun.
Without a doubt the air was lighter the minute she stepped out of her car. The birds were louder than she remembered, and the cabin with all the care her cousin had invested, never looked so precious with its blooming flowers and cozy interior, decorated with folk art, vintage Macon postcards and music mementoes of Capricorn artists gone by.
Despite the instant serenity, Mom spent her first day antsy, as predicted. She wasn’t sure how to handle the quiet. She had to make herself not to turn on any music until it was at least dark outside. She read, she napped and she almost drove back to Macon at least once when she started missing Shuga and us mutts so bad. But she bucked up and went to bed early with the notion that tomorrow would be a new, full day, and she slept well knowing the baseball bat Texas T loaned her was by her side.
Life was different the next day. She opened the windows to the sounds of birds, got the tea kettle going and decided that was all the noise she needed. With the cool mountain air, she kept her long sleeves on, the tea always hot and a blanket over her lap when she read on the porch. Meals consisted of goat cheese, prosciutto and green onions and loved it. She brought along her Dolly Parton box set, but soon found she didn’t need it. Hours were spent writing beside the window, the breeze in the trees and the occasional rain shower keeping her mind focused and inspired.
Mom also prayed, but more than anything, she tried to listen. For once in a long time, her world was quiet and all she had to do was look at the view to feel the Kingdom of God before her.
While Mom was on the mountain, she read Erskine Caldwell’s God’s Little Acre. A friend of her Uncle Phil’s recommended it to her. Ironically, the main character is named Ty Ty Walden.
Mom finished the book on her last day at the cabin, on the porch as the rain was beating down.
“When you get God in your heart, you have a feeling that living is worth striving for night and day. I ain’t talking about the God you hear about in the churches, I’m talking about the God inside of a body. I’ve got the greatest feeling for Him, because He helps me to live. That’s why I set aside God’s little acre out there on the farm when I was just a young man starting in. I like to have something around me that I can go to and stand on and feel God in . . . All you boys seem to think about is the things you can see and touch – that ain’t living. It’s the things you can feel inside of you – that’s what living is made for.” - Ty Ty Walden
Posted by Jessica W at 6:02 PM