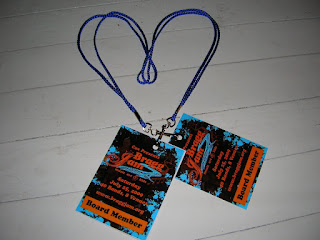 Her calves are still sore and there are blisters on her feet. That only means that despite the madness and responsibilities of Bragg Jam, Mom still had a chance to dance! She went to Church with the Lee Boys at the Patron Party. She rocked out with the ladies of the Moaners (and envied their killer pink guitar). She watched Floco Torres and Al K!ng whip the Hummingbird in a frenzy before City Council and Citizen Insane brought the crowd to their knees at 580 Cherry. Then it was on to the Cox Capitol Theatre to see Vex continue to declare themselves the punk rockers they will always be . . . And the night only got crazier as Mom pulled double-duty between T-Bird and the Breaks unforgettable show and Loose Change’s memory-awaking reunion. The beautiful chaos only continued from there . . . and lasted well into the morning.
The numbers are still being tallied, so expectations remain hopeful. Despite what the dollar amount will be, the success is evident. There were a couple of moments when Mom had to make sure her mascara wasn’t running when complete strangers approached her and told her how Bragg Jam was making life great . . . for everyone. There were families. There were hippies. There were veteran rockers. There were college kids. There were townies. And there was further diversity at every single show. That right there means something in Macon. It only gets better from here.
Posted by Jessica W at 9:22 AM