It's a Small World First Birthday!

It's a small, small word, but gosh, it's been more like row, row, row your boat. Walden has us running to keep up with him, but he's also finally entered the marathon toddler napping stage, allowing me the time to do this. So, I'm finally circling back around and posting the pics from his "It's a Small World" themed first birthday party.

We had his party at Macon's Lake Tobesofkee water park. There is an enclosed cinder block pavilion at Claystone Beach that we rented for the occasion. It's nothing fancy, but it's got great AC, a full kitchen (including an ice maker!), tables, chairs, high chairs, restrooms, a stage and good ol' tile polished concrete floors. It's also very reasonable to rent for the entire day.

With Walden's birthday falling in late June, I think we've found our forever birthday home. As he grows, there is the lake, a disc golf course, campgrounds and even a water amusement park to add to the party mix. As long as he lets me, I'd like to keep the birthday tradition here for as long as I can. Not the mention, the staff at Lake Tobo (as we call it here in Macon) are some of the best of the best in Bibb County. They went out of their way to make sure our birthday party was just right for us and our guests.

So, back to the theme. I chose "It's a Small World" because it is the greatest amusement ride of all time -- next to having a child, of course. It also resonates with the wishes I have for my little boy to see the world and realize we all share the same sun.

And it was a really easy theme to run with, even without getting too crafty. I ordered international flags, banners, plates, napkins, table runners and wayfinding signs from Amazon Prime (actually, Amazon Smile with proceeds going to Historic Macon). I also ordered party favors from there, which included play passports and your very own "small world" to take home. The passports even came with passport stamp stickers to dress up the party hats.

For the tablescape, I found a handmade banner from Etsy made up of pages from an "It's a Small World" Golden Book. I then recycled some burlap, added this ferris wheel lamp find from Goodwill I bought before Walden was a twinkle in my eye and added some more worldly flair like the international flag table runner and some cut-out "It's a Small World" doll images.

Our biggest splurge on decorations was commissioning a local artist (and baby-sitter in a pinch!) Heidi Clinite to paint a backdrop that set the stage for our party. And we had the perfect little boat to put in front of it, a castaway treasure courtesy of the Bolingbroke trash dump (thanks, Dad!).

For the food, I wanted to go with a tiny taste around the world and incorporate some ethnic nibbles, but frankly, the voice in the back of my head told me to keep it simple, so chicken salad and pimento cheese it was from our own Grow here in Macon. I did however find international flags on toothpicks, which made up for it. If that wasn't enough, Jamie and I had bought a set of Icelandic flag toothpicks on our honeymoon, so it was only fitting we used them for our son's first birthday.

The extent of my craftiness was a watermelon my mom helped me hallow out to look like a boat. We filled it with fruit, and Walden's super-sitter Taylor made a graphic that said "The Happiest Cruise that Ever Sailed 'Round the World" that we cut out and laminated to stick out of the fruit vessel. I also printed and cut out circles of the "Small World" clock tower face, which we laminated and laid on top of Krispy Kreme doughnuts. Yes, there were doughnuts AND cake. Finally, one of my favorite strokes of ingenuity was to make a graphic to go on the cooler full of international beer. It said "Take a Lil' Sip Around the World." Yes, there were doughnuts, cake and a selection of imported beer at my son's first birthday. Who needs ice cream?

The cakes totally stole the show. His "Small World" multi-tier themed cake + his little global smash cake were a bigger deal to me than a wedding cake. Downtown Macon's own Amanda's Cakery just wowed us with creations that were just as delicious as they looked.

To round out the party, we brought toys from home, including Walden's plastic ball pit and his tee-pee (our first birthday present to him). I loaded up on inflatable globe beach balls, and the kids took it from there. Between the wide open floors and old fashion fun, plus a record player spinning an original "It's a Small World" vinyl, we had ourselves quite the party on our hands . . . Walden Weatherford approved. 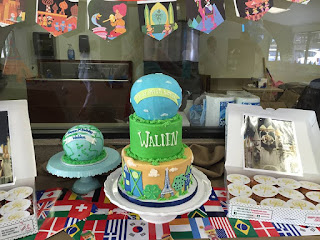 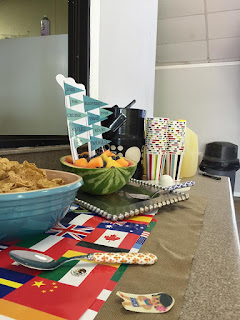 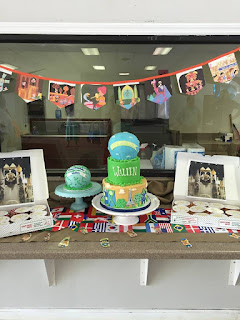 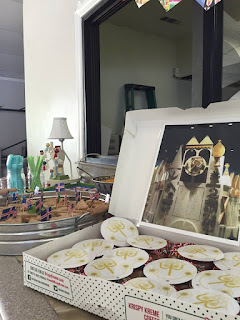 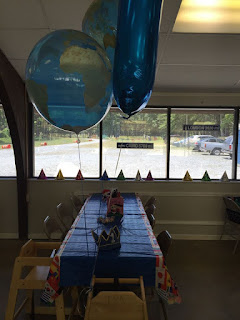 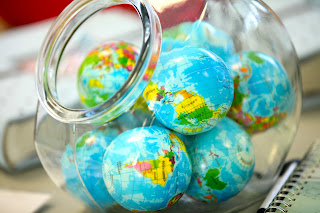 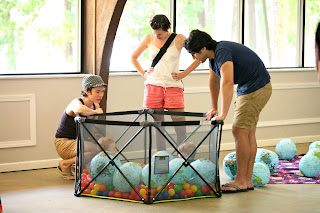 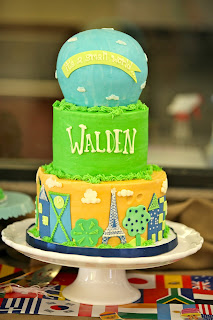 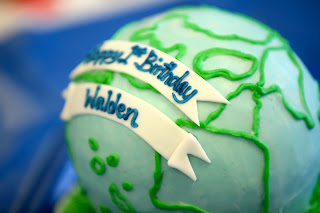 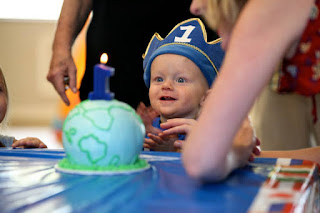 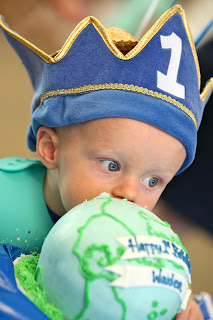 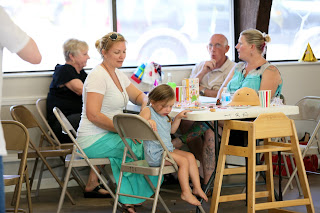 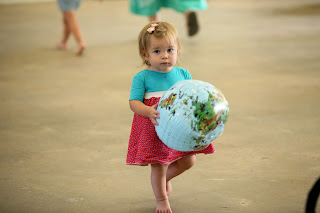 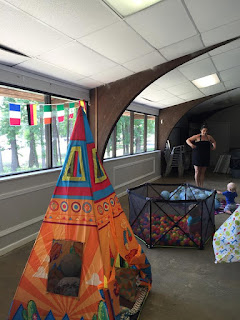 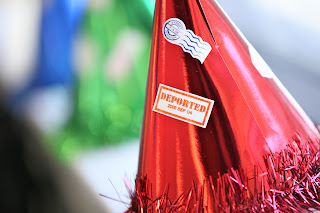 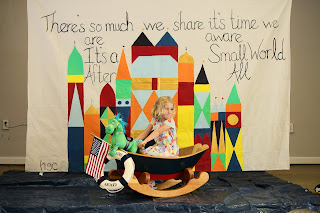 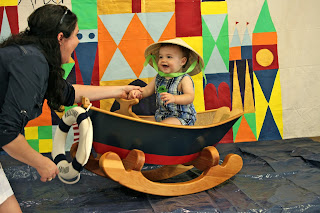 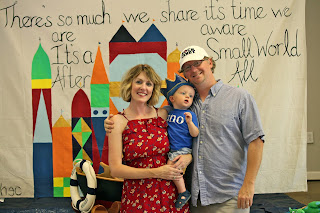 There is just one moon and one golden sun


And a smile means friendship to everyone


Though the mountains divide


And the oceans are wide
It's a small world after all!


(all the "good" quality pics are by familiar friend Stephanie Shadden!)