Word from the Guru

Moxie. It's one of my favorite words in the English vocabulary. It's one of those words that are hard to describe. You just know it when you see it. You live it when you feel it. Sure, Merriam-Webster is able to define it with courage and determination. But I prefer the Urban Dictionary's various definitions that include synonyms like "balls."

What all definitions of Moxie should say is "see Lauretta Hannon." I connected with the autobiographical Cracker Queen almost a decade ago. The memoir of her "jagged, joyful life" hit me right between the eyes and never left my core. I began stalking her - not in a completely creepy way - but I let my fandom known. Luckily, Lauretta is easier to reach than Dolly Parton. Her book's origins actually take place less than 40 miles from my house. Not only did we have the Central Georgia region in common, but the red clay in between our toes runs even deeper. After a couple of personal correspondences, I declared her my guru. I didn't give her much choice in the matter, but she hasn't disowned me yet. In fact, she's been nudging me along creatively and saying what I need to hear at always the right time. I don't want to gush too much, but my guru is one of my favorite people on Planet Earth.

She recently published her "Invocation for the New Year" in the Marietta Daily Journal. If you need a heavy dose of inspiration and a few action items for your soul, check it out HERE. Once again, all hail the Cracker Queen. 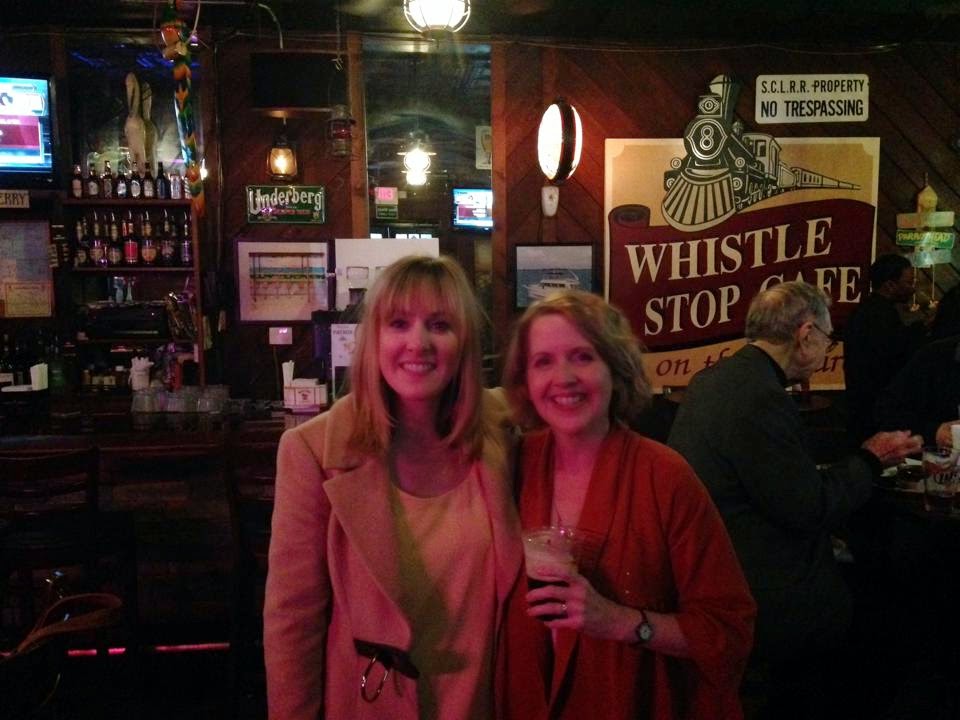 There was a reason I didn't have a pint in this pic, taken in late 2013.
Lauretta was one of the first people who was let in on the secret that Walden Weatherford was on the way!
Posted by Jessica W at 9:21 AM