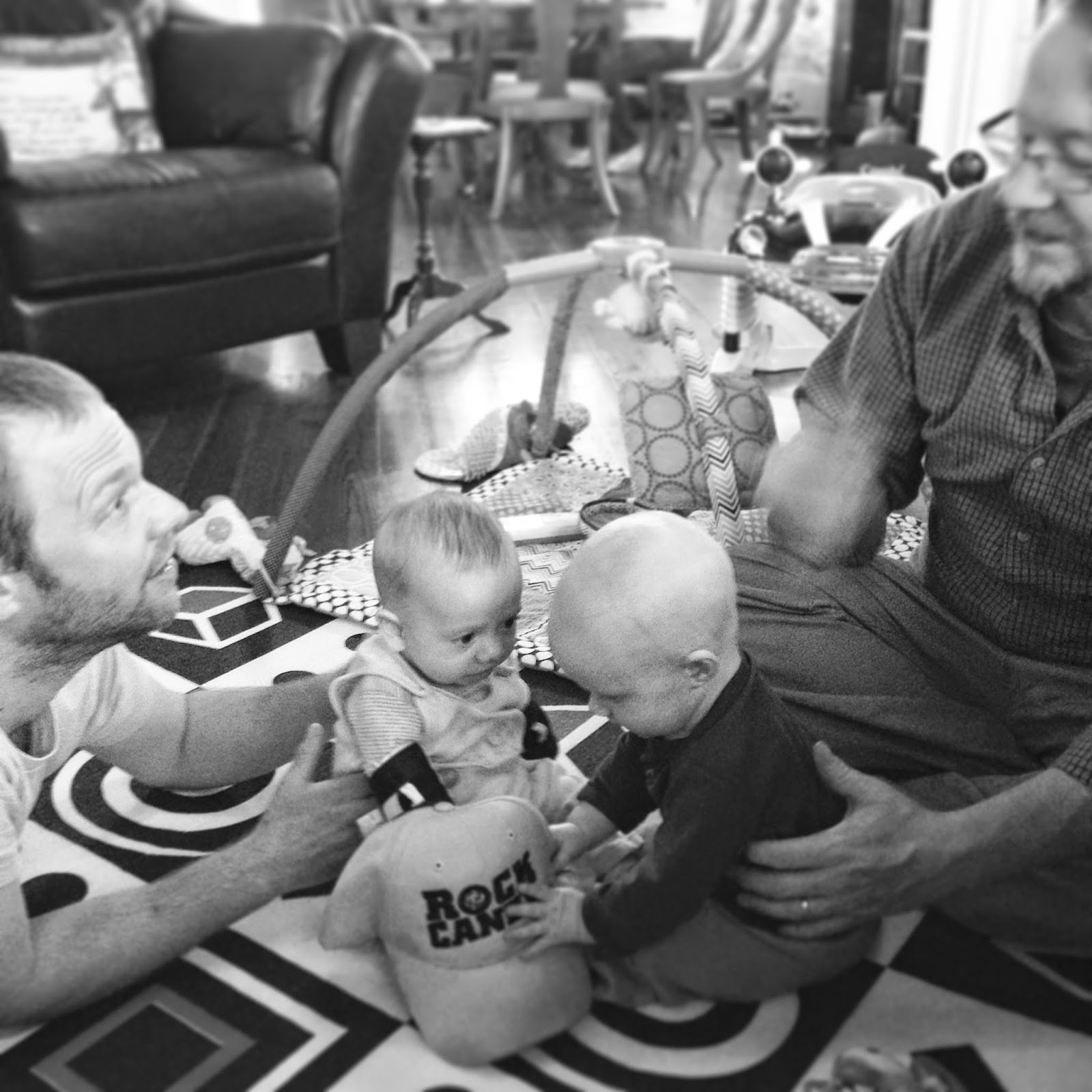 Smith and Walden (and their daddies)

It was the Martha Bowman church nursery where I found my friend for life. I was three; she was five, and we finally had enough pushing around from the bratty preacher's kid to band together and take her on. That P.K. never stood a chance . . . or ever shoved us again. Even as a toddler, I still remember that very life-defining moment when I made my first best friend for life. Looking back, it's amazing how April and I found each other. Had we not discovered our friendship naturally, I'm sure there would have been a playdate in our tiny future. Both her dad, legendary studio producer Paul Hornsby, and my dad made a living in the music business. They had collaborated with each other on multiple projects through Capricorn Records, which brought Paul to Macon from Alabama. So it came to be that two children of southern rock instinctively found each other, in a church nursery, of all places. We've been an extension of each other's families ever since.

Jamie also formed a lifelong friendship in the nursery room at age three. I'm not sure what brought Jamie and Charles Ladson together, but from what I can tell, it's a yin-to-a-yang thang. Charles is a full-time artist. Jamie is a candy manufacturer. They're different, yet have 37 years of common ground between them, starting in the sandbox and seeing it through college and the curveballs life throws along the way. They both turned 40 this month and they both became dads this summer. Charles and his amazing wife Ashley, who co-owns the Hometown Yoga studio, welcomed their son Smith Stallworth Ladson just seven weeks after Walden arrived.

Our sons' friendship may have been predestined, but it's obvious their souls connect. Maybe friendship translates to DNA. Maybe it's a tribal recognition. Whatever it is, for them, it started in the womb. The other night, we met up for dinner at Greek Corner Pizza. It was an evening of relief and a little bit of celebration - Smith had undergone surgery just a week prior to correct a cleft lip. His recovery has been nothing short of resounding success. Up until then, our boys had barely seen each other. Now, here they were face-to-face, bright-eyed and totally bonded. Legs wiggled, coos were issued and the sweetest smiles we'll never take for granted broke out on both of their faces. It was instantaneous. Even a woman we never met noticed. "Those two will be best friends," she said. "They have a very real connection."

Yesterday, the daddies had an all-dude playdate with their sons. We've all shared dreams of many, many more. We've made plans for mountain adventures and a lifetime of annual camping excursions to Cumberland Island, where Ashley and I can't wait to see our little sun-kissed sons run together on the sands of an unscathed beach amongst wild horses and real wildlife. I have a feeling Smith and Walden are going to have a heck of a story to tell one day. And maybe a few funny ones, just like their daddies.

This playdate thing is a new concept to me. But among the excitement of being a new mom are the new friends I'm finding along the way as well. It's like the Girl Scouts song that keeps echoing in my head . . . . "Make new friends, but keep the old. One is silver and the other's gold."

Among my new mommy friends is Veronica Allen McClendon. I knew who Veronica was prior to our babies being born, but I didn't know her well. In fact, I had read about her and written about her in regards to my full-time job with the College Hill Alliance. Veronica was among the Mercer University undergrads who presented the idea for the College Hill Corridor during their senior year. Their idea caught the attention of the right people, and today, College Hill is considered one of Macon's most successful neighborhood revitalization and economic development projects.

After Veronica returned to Macon from Duke law school, she set up practice in a historic building just around the corner from my office and my home. I was walking home one evening, big and pregnant, and noticed Veronica leaving her office. She turned around and there was her belly. Next thing you know, we were re-introducing ourselves and realizing our babies were due just a day apart.

This week, Walden and Veronica's daughter, Ava, rolled around in my living room while we had tea, marveled at their similar sizes and developments and commiserated over being career-driven moms, breastfeeding working women and all things that come with sleeping or lack-of from a six-month-old. Walden and Ava had no idea what we were talking about, but once again, there was that recognition. Friendship may be something that is to be determined, but something tells me that if it's good enough for their moms, it will be good enough for them, too.

There are plenty of playdates in our future. It's a time of discovery for us all. And it's those friendships that will extend our family even further. Here's to seeing others through the eyes of a babe. 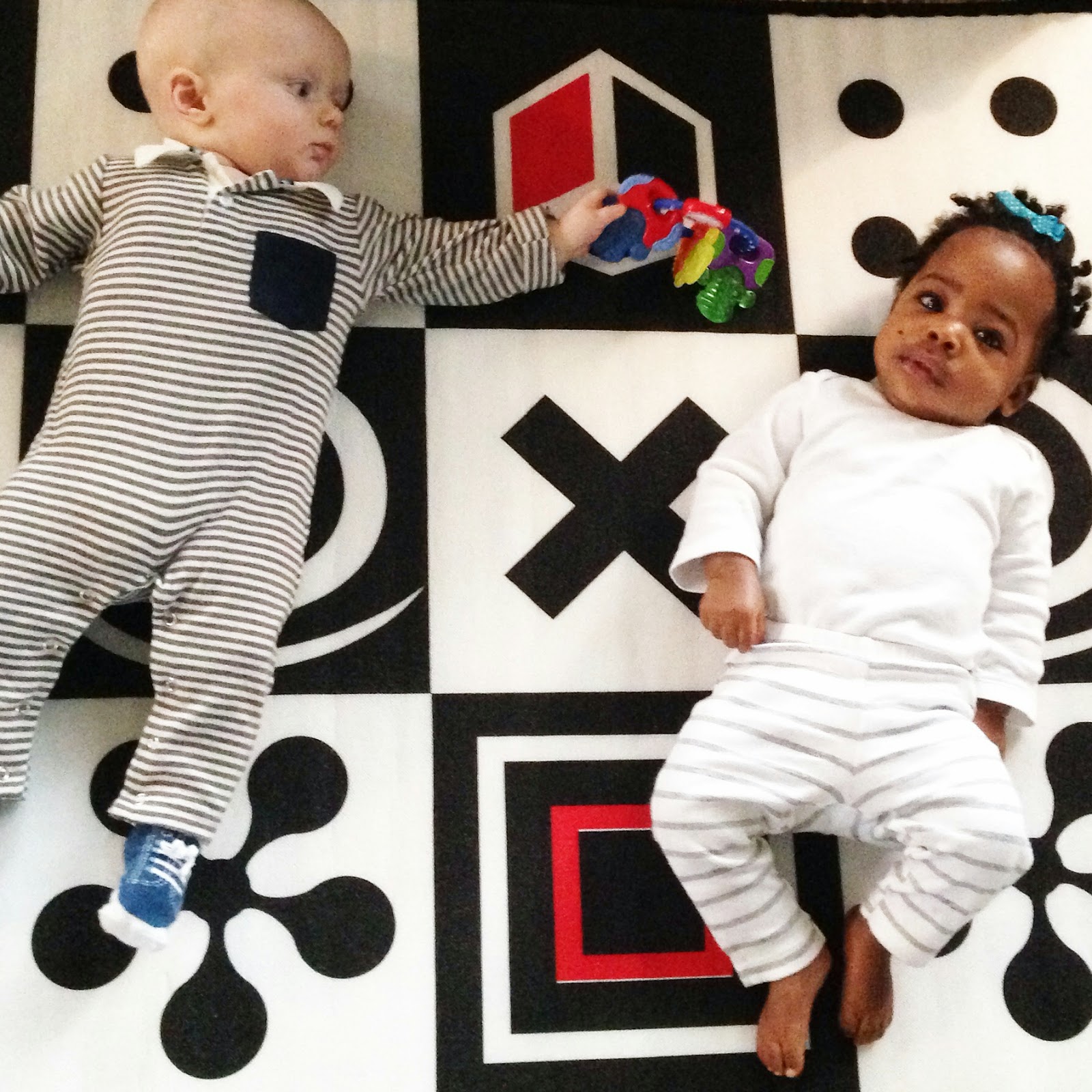 She's a media maven by trade, co-owner of a music history tour company on the side, host of radio show "Love Child of Rock" for fun, wife to a candy man by fate, Macon city-dweller since birth and mama to a toddler all the time.
Join Jessica Walden for musings and battle anthems of motherhood as she dives deep into the thoughts and threads of family life, feminism and the colorful fabric of her community.

Send me a Candygram! 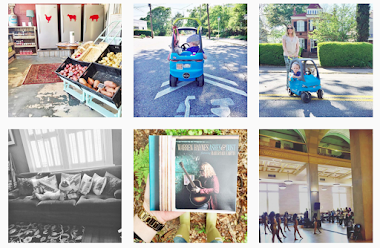 Snapshots of Macon Candy in Motion

He was born into a legacy of bon-bons, macaroons and the sweet life of candy manufacturing. She was raised in the shadows of rhythm and blues and after-shocks of southern rock. Together, they grew up in the town of Macon, Georgia that they never knew how much they loved until they fell in love with each other.

In 2011, Jessica Walden and Jamie Weatherford founded Rock Candy Tours, a music history tour company that showcases the legacy of Macon, Georgia’s rich music history. Once home to artists like Little Richard, Otis Redding, James Brown and the Allman Brothers Band, Macon was listed among legendary studio engineer Tom Dowd’s “Five M’s” of music towns, joined by Manhattan, Miami, Memphis and Muscle Shoals. They believe Macon’s storied music history doesn't have to live in a museum, but already existed on its sidewalks, street corners, historic structures and if the walls could talk, they would sing.

JW + JW Through the Years