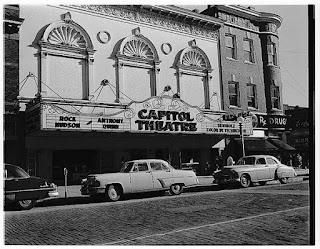 You would think the Cox Capitol Theatre was a parking lot this week. Or at least a truck stop that sells Yosemite Sam mud flaps. Creepy rest area antics aside, there’s plenty of reason to roll down the window, put your fingers in your mouth and wolf-whistle.

The Drive-by Truckers are pulling up on Thursday, August 20 for another one of their incredible rock shows that will have southern pride seeping from your pores.

Then, just two days towing behind them, when many ears will still be ringing, the Stay and Play Concert Series (benefiting the Big House Foundation) has cleared the road on Saturday, August 22 for Drivin n’ Cryin.

Tickets to either show are $20 in advance/$25 at the door and can be purchased through the Cox Capitol Theatre box office.

Support live music in Macon by doing a double-shot. After all, your mama already said you’re going “Straight to Hell.” You might as well be in the driver’s seat.